Welcome to the February 2020 edition of the lithium miner news. February saw January lithium prices slightly lower again, and a coronavirus led conventional and electric car sales slowdown in China in January. February was a busy month for lithium market and company news. 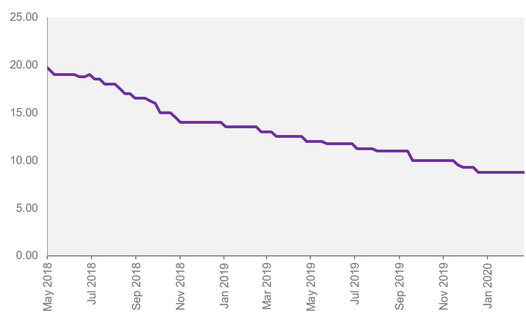 Key EV markets to start growing again – WoodMac. This is according to consultancy firm Wood Mackenzie (WoodMac), which notes that interest around electrification shows “no signs of slowing”. Several major automotive manufacturers are launching ‘mass-market’ EVs on dedicated platforms, aimed at breaking down range and cost barriers. Mindful of consumer concerns around range, automotive manufacturers are opting for bigger batteries, offering more kilometres per charge and WoodMac notes that the trend of bigger batteries should continue over the short term. Turning to lithium, which in an oversupplied market had a particularly weak year in 2019, the research firm says that it does not expect any tightness in the market in the short term, despite several closures and expansion cuts last year. WoodMac expects (lithium) price decline to extend over the next 12 months.

Hyundai Motor, LG and POSCO groups may launch an EV battery (manufacturing) Joint Venture. They are reportedly considering setting up a joint venture not only in Korea but in other countries. “LG Chem is currently pushing forward with joint venture projects with several automakers, and Hyundai Motor Group is also aiming to sell one million units of electric vehicles by 2025. So the two companies share common interests,” said a battery industry insider. 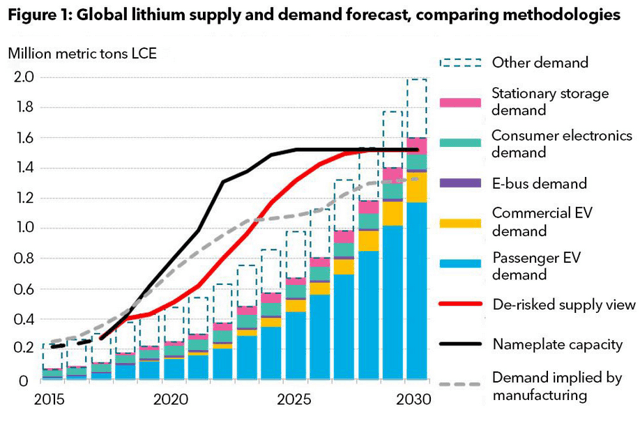 China’s CATL wins deal to supply batteries to Tesla. CATL disclosed the contract that runs from July 1, 2020, until June 30, 2022, in a statement Monday. CATL said the so-called production pricing agreement is still non-binding, and there is no certainty for the quantity that Tesla will purchase. Deal is a boost to CATL as it competes with LG Chem, Panasonic.

On February 10, The Drive reported:

Battery shortage halts Jaguar I-Pace production. The battery production issues are also affecting Audi and Mercedes-Benz. Jaguar Land Rover told its suppliers and employees that the Magna Steyr plant in Graz, Austria will pause I-Pace production for a week starting Monday, February 17 because LG Chem has struggled to supply enough batteries to sustain production. Though global battery manufacturing capacity was predicted in 2017 to double by 2021, the rapidly electrifying automotive industry still anticipates widespread battery shortages. Automakers have scrambled to ally themselves with suppliers such as LG Chem and Panasonic or kickstarted new businesses to produce batteries to circumvent existing supply chains. Both approaches have their shortcomings, however, and neither offers immunity to limited global supply of cobalt and lithium, each of which is needed to produce lithium-ion batteries.

On February 11, The Asian Miner reported:

Volatile battery minerals prices driving battery makers to invest in mines. The past few years have seen a large number of transactions that create a vertically integrated position in the markets for battery-based minerals such as lithium, cobalt, graphite and nickel, making the battery mineral and mining sector currently one of the hottest for mergers and acquisitions. Vertical integration is an attractive strategy for battery mineral miners and users in the current environment, and there are significant value benefits to be found in successful implementation.

Albemarle Chairman and CEO, Luke Kissam, will retire for health reasons, effective June 2020. Albemarle Corporation, a leader in the global specialty chemicals industry, announced today that Chairman and Chief Executive Officer Luke Kissam has advised the Board of Directors that he will retire from his roles as an officer and director of Albemarle effective June 2020, for health reasons. The Board of Directors will be conducting a comprehensive search process, which will include internal and external candidates.

Mt. Holland Lithium Project update. Sociedad Quimica y Minera S.A. publishes new information on the timing of the Mt. Holland Lithium Project in Western Australia. Following the completion of a definitive feasibility study (“DFS”). SQM and its partner on the project, Wesfarmers Limited, have decided to defer the final investment decision until the first quarter 2021.

Half year profit announcement. During the period, MRL generated statutory Earnings Before Interest, Tax, Depreciation and Amortisation [EBITDA] of $1,575 million. This result included a $1,290 million gain on the disposal of a 60% interest in the Wodgina Lithium Project [Wodgina]. Underlying EBITDA was $330million, up 224% on the prior corresponding period [PCP], underpinned by strong growth in the Mining Services segment and record iron ore sales. Statutory net profit after tax [NPAT] amounted to $884million and underlying NPAT was $129 million, up 279% on pcp. Statutory NPAT included $114 million of post-tax impairment charges ($164 million pre-tax) in relation to capitalised exploration and mine development expenditure, plant and equipment and stockpiles.

No news for the month.

You can read the latest investor presentation here, or my article “An Update On Orocobre.”

Investors can read my recent article “Galaxy Resources Plan To Be A 100,000tpa Lithium Producer By 2025″, and my CEO interview here, and the latest company presentation here.

2021 – Stage 2 commissioning timing to depend on market demand.

Investors can read my recent article “An Update On Pilbara Minerals“, and an interview here.

2020/21 – Stage 2 production at Mibra Lithium-Tantalum mine (additional 90ktpa) to begin. No recent timeline updates on this.

Lithium-ion battery recycling update….(Confirms) an extension to the decision date for formation of its proposed recycling joint venture (“JV”) with German company, SMS Group GmbH (“SMS”)……It was originally contemplated that the JV formation decision would be made in mid-February 2020 and this date has been extended to 30 April 2020.

NB: LAC owns 49% of the Cauchari-Olaroz project and partners with Ganfeng Lithium (51%).

Investors can read my article “An Update On Lithium Americas.”

The LIT fund moved significantly higher again for the month of February. The current PE is 26.92. Lithium demand is forecast to approximately triple between 2020 and end 2025 to ~1 to 1.2m tpa.

February saw January lithium prices slightly lower again, with the irony that some battery manufacturers such as LG Chem cannot meet demand for batteries. Meanwhile, the coronavirus has severely disrupted car (ICE & EV) sales in China in January and February.

Lithium stocks have had a strong past 2 months helped by the UK ICE car ban from 2035 and the US-China Phase 1 trade war deal. Unfortunately, just as recovery of the sector has begun, the coronavirus has shut down much of China. We will need to see what happens next with the virus and if car sales can soon recover. Many lithium producers are well cashed up, so should be able to ride through any short-term slowdown.

Highlights for the month were:

As usual, all comments are welcome.

Thanks for reading the article. If you want to sign up for Trend Investing for my best investing ideas, latest trends, exclusive CEO interviews, chat room access to me, and to other sophisticated investors. You can benefit from the work I’ve done, especially in the electric vehicle and EV metals sector. You can learn more by reading “The Trend Investing Difference“, “Subscriber Feedback On Trend Investing”, or sign up here.

Disclosure: I am/we are long NYSE:ALB, JIANGXI GANFENG LITHIUM [SHE: 2460], SQM (NYSE:SQM), ASX:ORE, ASX:GXY, ASX:PLS, ASX:AJM, AMS:AMG, TSX:LAC, TSXV:NLC, ASX:AVZ, ASX:CXO, ASX:NMT. I wrote this article myself, and it expresses my own opinions. I am not receiving compensation for it (other than from Seeking Alpha). I have no business relationship with any company whose stock is mentioned in this article.

Additional disclosure: The information in this article is general in nature and should not be relied upon as personal financial advice.