The US economy is slowing; we can expect that trend to continue (emphasis added):

Last week, the BLS released the latest productivity report, which continues to show a slowdown:

You can’t fight the basic math the US economy is facing. Either we need to increase the country’s birth rate, increase immigration, figure out a way to boost productivity or accept a slower growth rate.

Above are charts for the ETFs that track the broad sectors of the commodity markets. With the exception of precious metals (bottom chart), all dropped last week as traders bet that the coronavirus would slow economic growth. The most pronounced impact was on the energy sector (top chart, far right). But the sell-off was across the board.

The S&P 500 is supposed to be a broad representation of the US economy. So if you’re plowing money into an index fund, you might think you’re doing a good job of diversifying your assets.

The five largest companies in the S&P 500 — all tech companies — account for nearly 20% of the market value of the entire index. Apple (AAPL), Microsoft (MSFT), Amazon (AMZN), Google owner Alphabet (GOOGL) and Facebook (FB) are collectively worth $4.85 trillion. The S&P 500 (SPY) has a market value of around $26.7 trillion.

This infographic from State Street shows the sector breakdown with tech being the largest: 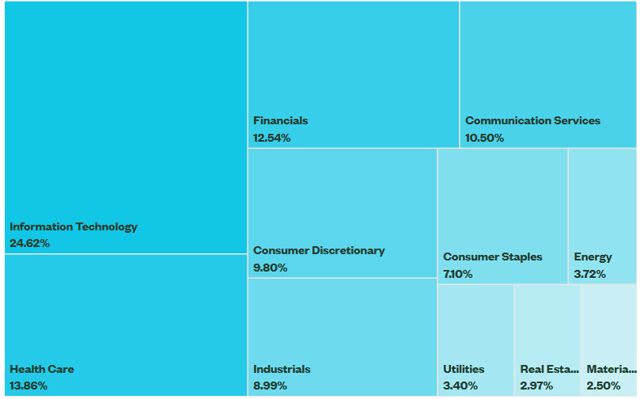 I’m less concerned about the concentration now than in the late 1990s because these techs are now mature industries that mostly stand in the middle of the US economy. For example, Amazon is the country’s largest retailer, Apple is a huge tech and entertainment concern, and Microsoft provides the software for a majority of our computers.

Equities up, Treasuries down. Looking more closely at the data, small and mid-caps led the pack; large caps fluctuated around 0%. The long end of the market was off modestly.

8/11 sectors are higher. The top-performing sectors are split between aggressive (XLE) and (XLY) and defensive (VNQ) and (XLV).

On Friday, I noted that the market was trying to decide where to go: on one hand, we could be seeing a market where large-caps are the primary movers. On the other hand, markets could be consolidating. Today, we have no further evidence of where the market might go. 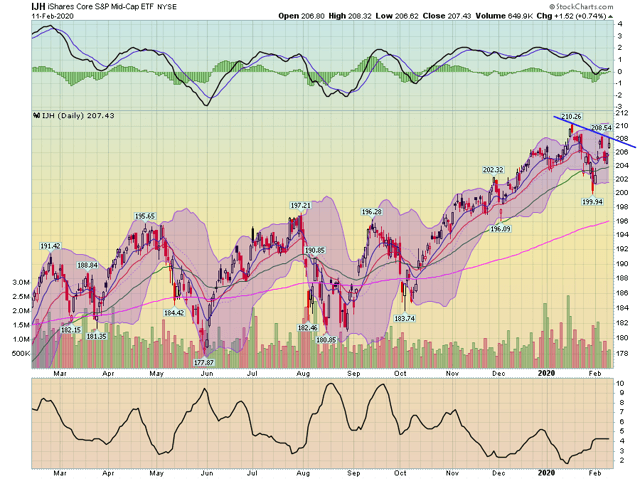 Mid-caps are still contained by a downward sloping trendline, as are … 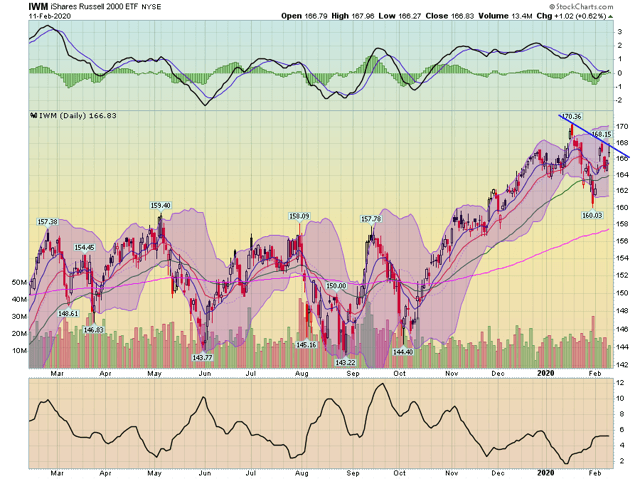 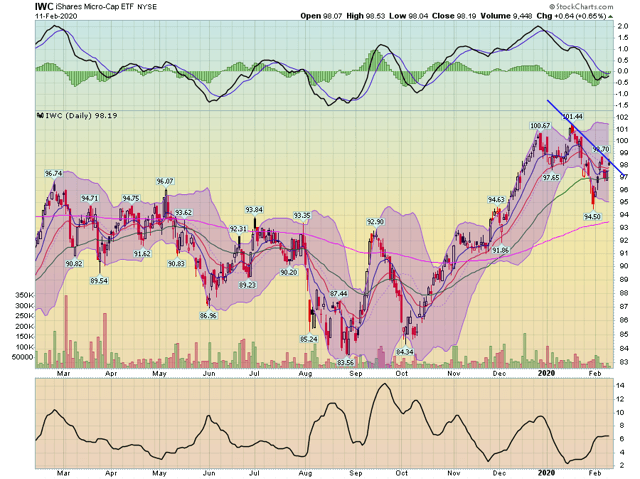 Large-caps, however, are still on an uptrend: 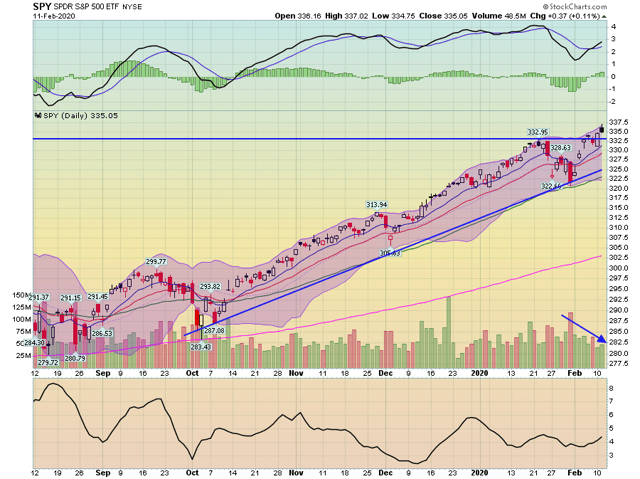 The SPY remains above a recent high.

One thing to consider is that today, prices trended lower. The 1-day SPY price chart is representative:

Prices gapped higher at the open but moved lower for the remainder of the session. This is only for one day, so don’t read too much into it.

Overall, the markets are still in good shape. And with the underlying economy doing well, there’s no reason to see any potential stall as anything other than a consolidation more.

Author’s Note: This is my regular post for Tuesday-Friday which covers economic and technical developments in the US equity markets. Please see my weekly bond market and international posts for developments in those areas. This column will periodically reference those columns for context. My Friday Technically Speaking column includes an overview of the US economy to provide an investing backdrop. Finally, the Passive-Aggressive Investor, which is published on Mondays, explains my basic portfolio strategy.

© Reuters. Australia stocks lower at close of trade; S&P/ASX 200 down 1.93% Investing.com – Australia stocks were lower after the close on Thursday, as losses in the , and sectors led shares lower. At […]