In general, three main factors affect the price of gold in the long run: (1) the dollar, (2) the U.S. level of inflation and (3) monetary policy in the United States.

The gold price stably negatively correlates with the Dollar Index. And it is actually normal because gold is dollar-denominated: 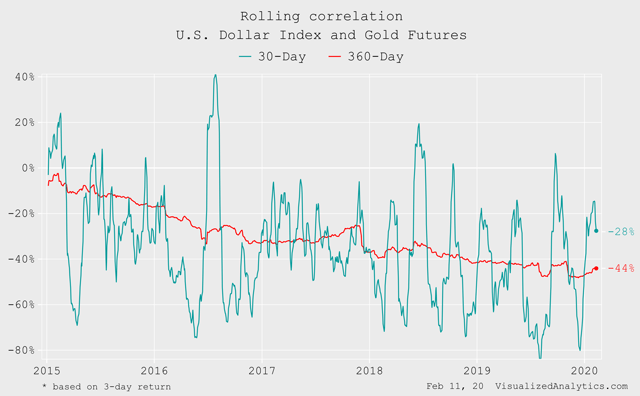 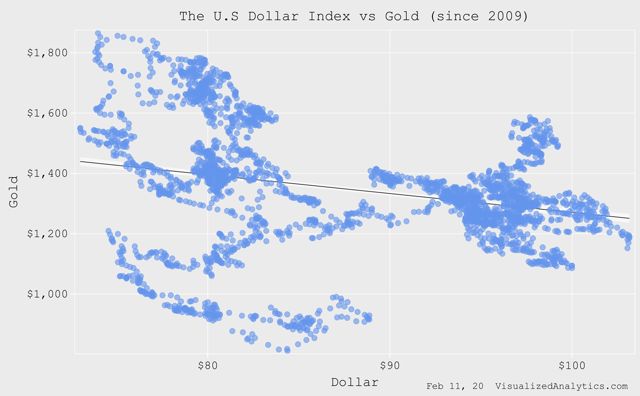 Therefore, the dollar does not play a significant role in determining the fundamentally balanced price of gold. 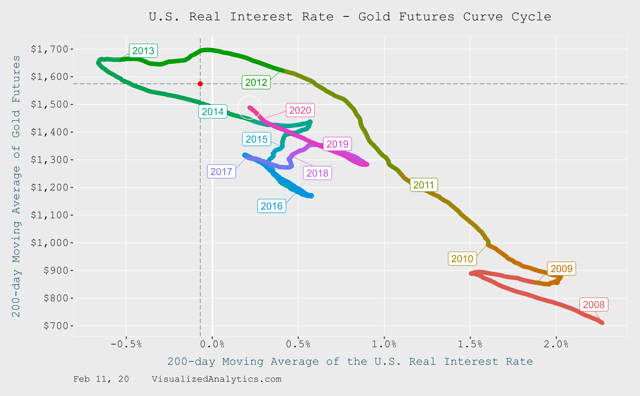 And now we will do the following. Based on the history of the last 13 years, let’s build a model that will predict the price of gold based on the U.S. real interest rate level. 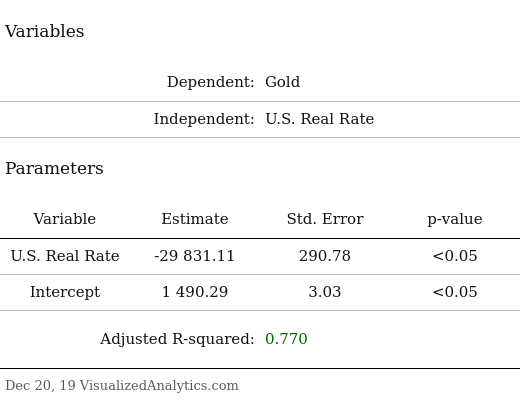 Here is the model itself: 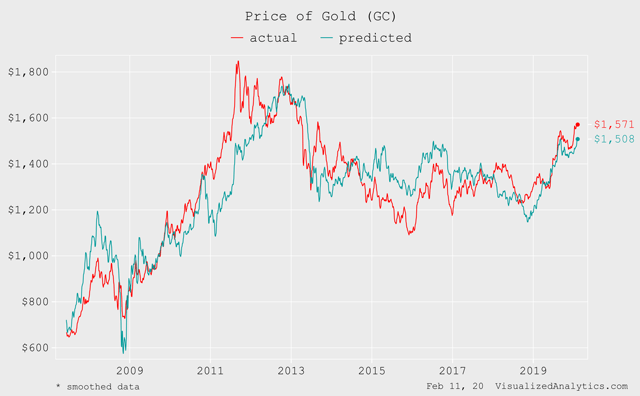 So, this leads us to a simple conclusion: to predict what will happen to the price of gold, we must understand where the real interest rate is going.

Generally speaking, looking back over the past 700 years, it should be noted that the average global real rate has a long-term downward trend: 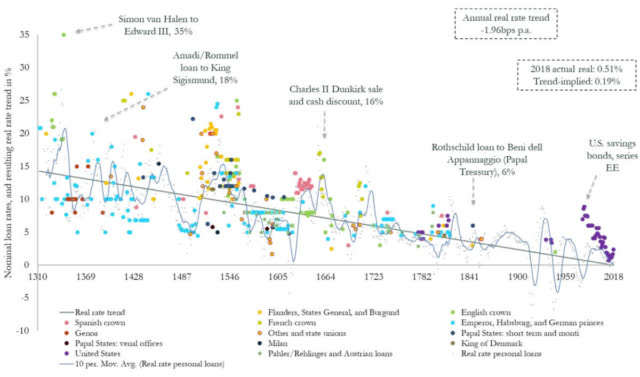 The main reason for this is the steady decline in global nominal bond yields: 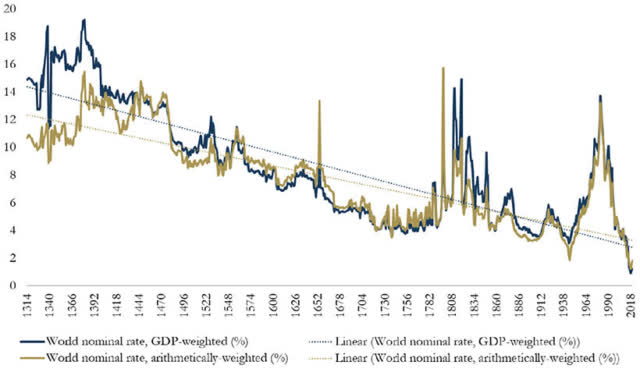 Here, it should be noted that many developed countries already live in conditions of negative rates: 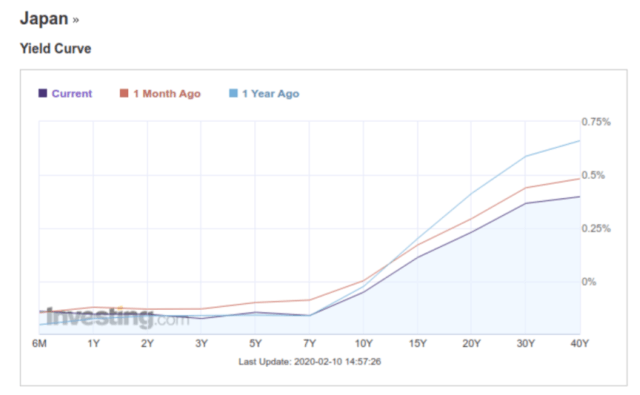 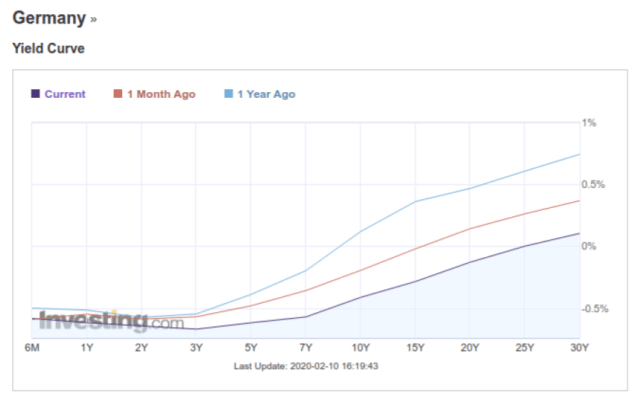 And in this context, the situation in the U.S. is an exception rather than a normal state of affairs: 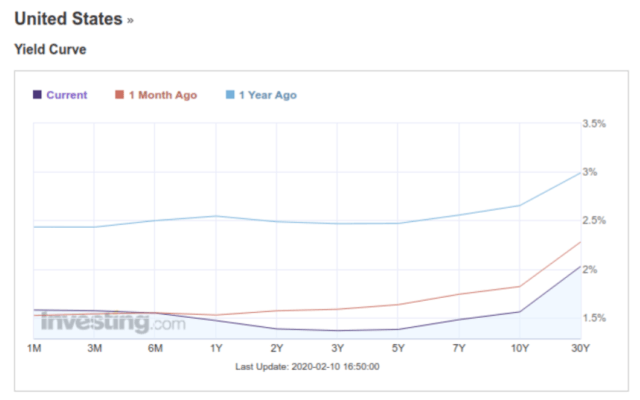 Even President Donald Trump has said he would like to try negative rates in the U.S.: 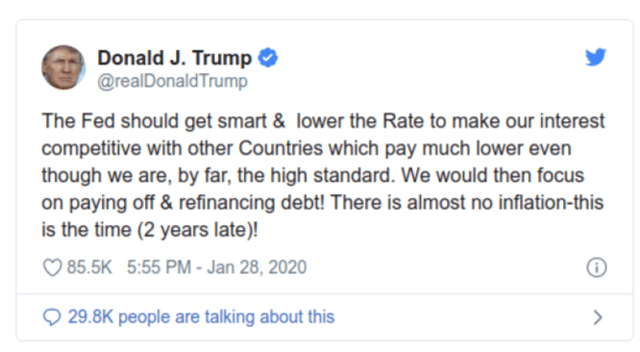 It is also very important to remember that the total market capitalization of the S&P 500 relative to the U.S. nominal GDP is close to the historical maximum. And in such an unstable state, one can hardly even talk about raising rates. 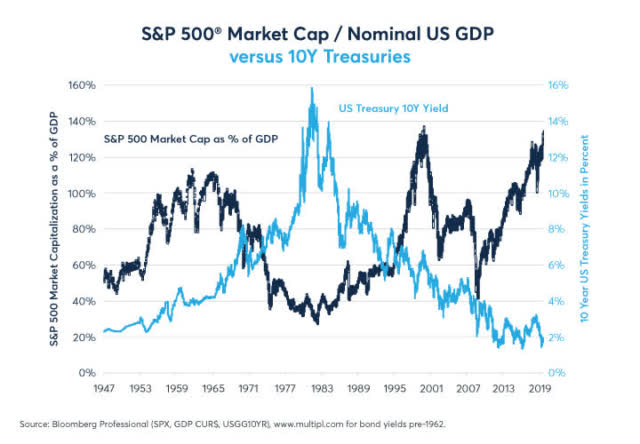 In early February, the U.S. real rate broke through the zero point and entered the zone of negative values. And in my opinion, this is just the beginning. In turn, this indicates that gold will only go up in price in the long run.

Fundamental Forecast for the US Dollar: Neutral The US Dollar (via the DXY Index) has been creeping higher throughout July, even as US Treasury yields and Fed rate hike expectations have pulled back. The Federal […]