As noted in last week’s NG Weekly, the highest probability path for this week was for price discovery lower barring 1.88s failing as resistance. This probability path did not play out as a failed probe lower of key support to 1.80s developed early week. Price discovery higher then ensued to 1.90s, testing key resistance in Thursday’s trade before balance developed ahead of Friday’s close, settling at 1.85s. 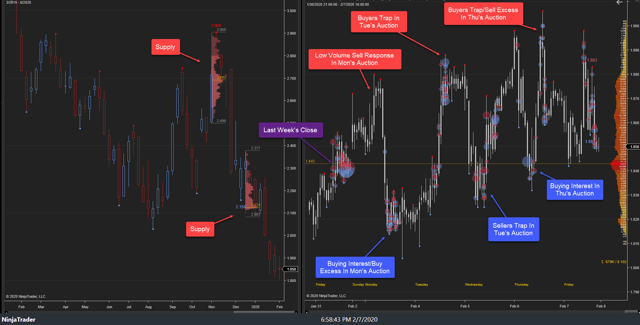 This week’s primary expectation of price discovery lower did not develop as a minor probe lower through key support developed to 1.80s into the four-year demand cluster. Buy excess developed there, driving price higher to 1.90s in a failed buy-side breakout above key resistance into Thursday’s auction. Narrow balance developed into the week’s end.

Focus into next week remains upon market response to the developing balance cluster, 1.82s-1.90s. Buy-side failure to drive price higher from this area will target major support below, 1.60s. Alternatively, sell-side failure to drive price lower from this area will target key supply clusters above, 1.91s-1.98s/2.10s-2.17s, respectively. The highest probability path, near-term, remains sell-side, barring failure of 1.90s as resistance. The failure of 2.15s as support remains structurally significant. The four-year demand cluster, 2.20s-1.50s, which we have noted for months and which the market revisited, remains key to the larger structural view. In the intermediate term (3-6 month) context, conditions in the leveraged capital posture reflect signs of potential structural low formation as the market trades to this major demand area. While the sell-side bias remains, trade is becoming constricted following the approximately 38% decline from the November 2019 high, warranting caution on the sell-side.

It is worth noting that despite the approximately 59% decline from the November 2018 high to the August 2019 low, only from June through early September 2019 had the Managed Money (MM) short posture begun to reach levels consistent with structural low formation (typically 300-350k contracts). MM short posture peaked the week of 13 August (-367k contracts) declining into mid-November (-201k contracts). This development implied that MM sentiment reached extreme bearishness as price reached lows resulting in the rally from 2.02s to 2.90s. In the last 2 instances of this development (March 2016 and December 2017), NG subsequently rose from 1.70s to 3.25s and 2.65s to 4.5s, respectively. This week’s data shows MM net short posture increase (-315k contracts), a fourteen-year low as Open Interest (OI) increased modestly. 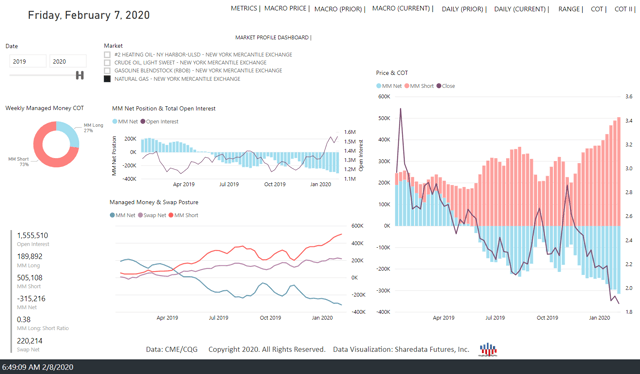 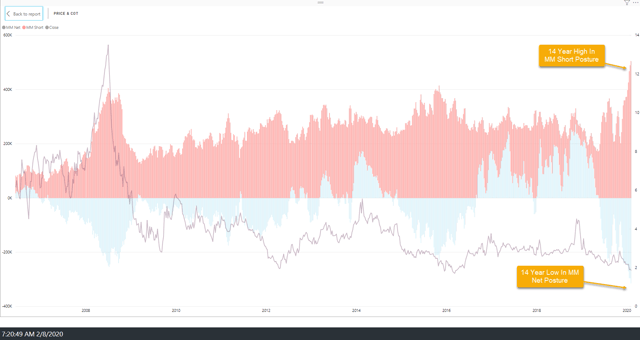 Key Talking Points: Global equities are pushing higher this morning ahead of Yellen’s address to US policymakers The UK sees a small reduction in new infection and death rates and could see lockdown measures eased […]

Researching stocks involves incorporating multiple sources of information, deduction and strategies, all whilst markets are constantly transforming. Stock traders and investors need to know what information is useful to them as well as the most […]